← back to
Splash Music Productions / Splash Blue
Get fresh music recommendations delivered to your inbox every Friday.

by The Steve McQueens 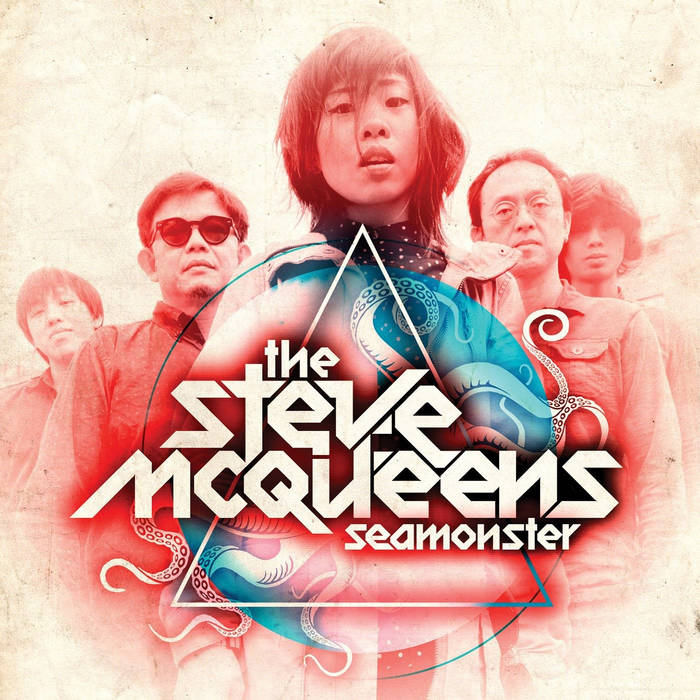 "The Steve McQueens... Singer Ginny is more animated than Damon Albarn's Gorrilaz… and the band are cooler than "The Cooler King" in The Great Escape!" - Bluey (Incognito)

The Steve McQueens are an exciting young band discovered by Incognito's Bluey whilst he was giving a motivational speech at a music college whilst touring in Singapore. He asked if any of the students could play something for him and after the band's mind blowing performance of two original songs, Bluey offered to produce them on the spot!

This talented bunch of Jazz heads promptly headed to Bluey's Livingstone studio's in Shoreditch to record their album, where lead singer Ginny Bloop fell for all things London from Pink Doc Martens, Marmite and the good old Cockney accent. The excitement of the city's rich cultural mix and vibrant musical scene brought an uplifting energy to the recordings. Even fan Gilles Peterson popped down to the studio, whose presence and comments were met with great excitement! The result is an absolutely stunning 10 track debut album, 'Seamonster', that oozes with fresh soulful and jazzy vibes, executed to the highest standard of musicianship and drizzled with Ginny's sweet, distinctive vocal tones. The Steve McQueens

"Recording this album in London took us as a band to another level. The vibrancy of the city is at the heart of these recordings!" - The Steve McQueens.

Vocalist Ginny Bloop captivated me straight away with her mesmerising performance of 'Walls'. Her hypnotic hand movements and body jerks accenting the broken Jazz beats of teenage Drummer Arron James Lee whose tall slender frame dominated the drum kit… Boy the kid could play! Stage left was Joshua Wan crouched over the ivories like brains from Thunderbirds, lost in the vortex of his composition only peering above the rim of his specs from time to time to get that vital eye to eye contact with Aaron who continued to drive the pistons of the engine room to it’s limits, in turn glancing over at Bassman Jase Sng dressed in black, fingers scurrying across the wide neck of his beast like bass with effortless ease.

I began to look for common ground… Similarities with other bands and singers, but just as I thought I heard a smidgen of Erykah I was transported into Björk and Little Dragon, only it was not… Positively not. I stopped trying to link it to what I had heard before and surrender to the fact that It was all so fresh, pulsating and lyrically engaging, wistful, poetic and at times savage! Just when I thought I was gaining a full grasp of the musical delights on offer a siren like voice of Fabian Lim’s saxophone came in twisting like a spiral and took me on an exploratory jazz journey I had not been expecting. They rocked me from side to side and cracked me upside the head and with a final snap and a screech… I bit the bullet and I was hooked! So in short… Yes! If you gravitate toward the eclectic and you get your kicks from listening to the bold new waves of Hiatus Kaiyote and Snarky Puppy, if you like the virtuosic percussive technique of Chris “Daddy” Dave, your sonic delights topped up with a sprinkle of Fender Rhodes, If you mix your smooth with the jaggedly edgy, then you will most likely dig The Steve McQueens.

“God bless the child that's got his own”. And that they do!" Bluey

Bandcamp Daily  your guide to the world of Bandcamp